At the end of 2015, globally there are an estimated 36.7 million (34.0 million-39.8 million) people living with HIV. 2.1 million People (1.8 million-2.4 million) became newly infected with HIV and 1.1 million (9, 40,000-1.3 million) people died of AIDS related illness during 2015 [UNAIDS Fact sheets November 2016]. The reports also states that globally new HIV infections among children have declined by 50% since 2010 but no decline among adults since 2010 and AIDS-related deaths has fallen by 45% since the peak in 2005. By June 2016, UNAIDS estimates that 18.2 million people were accessing antiretroviral therapy, up from 15.8 million in June 2015 and 7.5 million people in 2010. Based on the significant progress in the control of the HIV Epidemic globally, the World committed to end the AIDS Epidemic on Fast Track mode by 2030 as part of the Sustainable Developmental Goals (SDGs) that were adopted at UN General Assembly last year.

The Indian HIV Epidemic has been defined as a concentrated non-IDU epidemic in all the states except Manipur and Nagaland, where the epidemic is defined as a Concentrated IDU epidemic. As per the Technical Report on India HIV estimates 2015, the adult HIV prevalence in India was estimated as 0.26% in 2015 and it has shown a steady decline from 038% in 2001-03. However, while the decline in adult HIV prevalence and annual new HIV infections is sustained in the high prevalence states, rising trend in new HIV infections is noted among adults during 2007-15 few low prevalence states.

HIV SCENARIO AT THE REGIONAL LEVEL

The above evidence suggests that there are some emerging pockets of HIV infections in the northeast region particularly in Assam and Tripura, where the rate of increase in Annual new HIV infections is higher than the three HIV prevalence states in the region.

Assam is categorized as a low HIV Prevalence state with an estimated adult HIV Prevalence of 0.06% which is lower than the National Prevalence of 0.26%. However, the adult HIV Prevalence in the state has increased from 0.04% in 2007 to 0.06% in 2015.It is estimated that Assam had 928 new HIV infections in 2015 (NACO Technical Report 2015). The report also states that Assam had an estimated 12,090 people living with HIV (PLHA) in 2015. However as per Programme Data, 13368 no. of HIV Positive cases has been diagnosed till 31st March, 2017 out of which 9851 cases are enrolled under ART and 4698 cases are presently alive and on ART .Assam is also a highly vulnerable state for HIV transmission because of the following reasons:

Evidence shows that the HIV epidemic in the state is concentrated among the high risk group populations of female sex workers (FSW), Men having sex with men (MSM) and Injecting drug users (IDU). The HIV sentinel surveillance data of the 2010-11 and 2015 rounds shows that HIV epidemic in the state is concentrated among high risk groups- IDU (1.46%), MSM (1.40%) and FSW (0.46%) while HIV prevalence among ANC clinic attendees, considered proxy for general population, is low at 0.18%. However, as there are no migrant or trucker HIV Sentinel site in Assam, there is no available data from HIV sentinel surveillance on the bridge population and its possible role in the spread of infection from the high risk groups (HRGs) to the general population. [Figure 3]

Figure 4: HIV Prevalence(%) among the General Population in Assam

When the data of HIV detection in Assam is analyzed by Route of Transmission, it is observed that the main route of transmission is heterosexual (86.6%) [Figure.6]

Figure 6: Route of Transmission of the detected HIV Positive 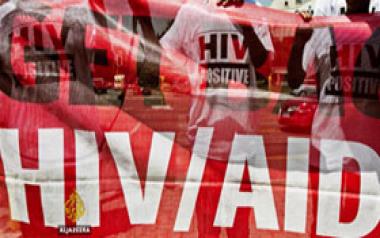